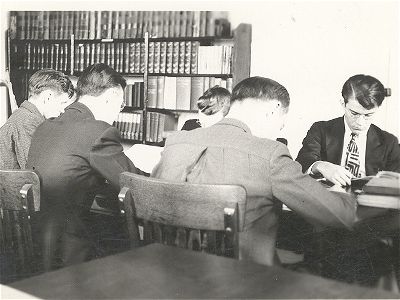 At its founding in 1923, Columbia International University (then called Columbia Bible College) was first located in the former Colonial Hotel in downtown Columbia where one room was designated as a library and a place to study. 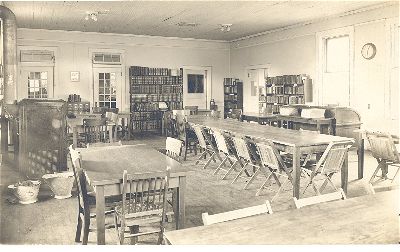 In the 1930s, enrollment was growing, forcing administrators to look for additional space – including a suitable location for a library. The result was the purchase of two additional buildings just a block from the main campus that formerly housed a Presbyterian seminary. The main building was originally designed as a mansion by famed architect Robert Mills and offered plenty of space for a library.

When Columbia Bible College moved to Monticello Road in 1960, there were no immediate plans for a library building. The library was condensed into the basement laundry room of Memorial Residence Hall. The librarian’s office was in the linen room. 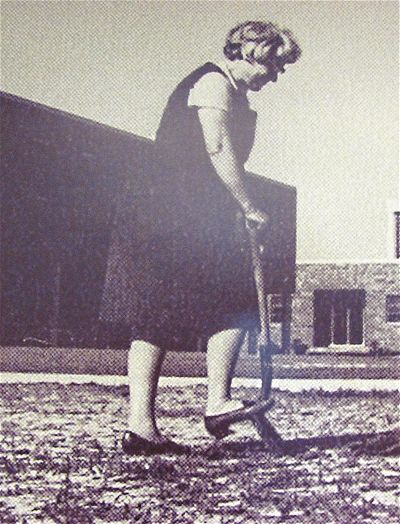 Preliminary plans called for locating the library in a basement under the Fisher Classroom Building. But Librarian Shirley Wood did not want people to have to descend stairs to go to the library, and she thought the library should be bigger.

The library staff prayed for a building, and as Shirley Wood regularly walked past an open area on campus where she thought the library should be, she stopped and prayed for a library in that spot. God answered her prayers, and the prayers of many others. Through the generous support of alumni and friends of CIU who understood the importance of the library and the school’s core values, the library was built. Shirley Wood turned over the ceremonial first shovel at the groundbreaking. The Library stands in that same spot today. 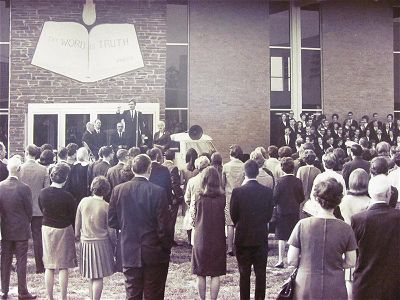 The library opened as “The Learning Resource Center” on October 3, 1968. A formal dedication followed the next month on Thanksgiving Day. A brass band played as the crowd on the quadrangle in front of the library sang, “To God Be The Glory.” Above the library entrance was a sculptured relief of an open Bible with the words John 17:17 “Thy Word is Truth” written in the center. 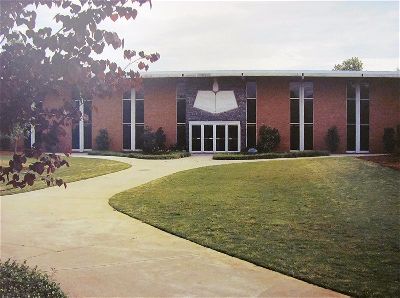 Through the years, The Learning Resource Center was a place for private study and solitude through the reservation of study carrels. It also offered open space for group discussions.

In 1990, the library was officially named The G. Allen Fleece Library in honor of CIU’s second president, who initiated the original plans for the library. 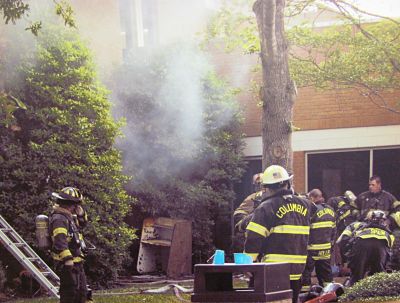 The G. Allen Fleece Library changed forever on May 8, 2010. A fire caused heavy smoke damage throughout the building. Some books burned beyond use, but most were packed up and sent to restoration specialists to be treated for odor and smoke damage. CIU President Dr. Bill Jones was on the scene leading faculty and staff in prayer. The day before the fire, the calendar on the desk of CIU Library Director Jo Ann Rhodes included this thought: “Nothing you can imagine could surpass God’s plan for you.” 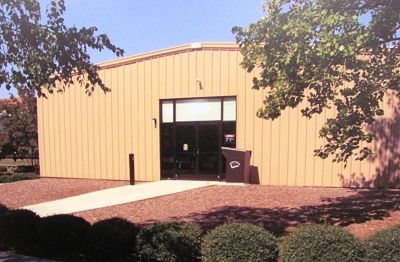 A small, temporary library was built behind Shortess Chapel during the summer of 2010. It housed donated books and resources most often used by the students. It became affectionately known by the students as “The Book Barn.” 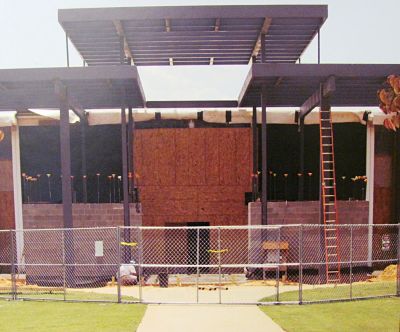 The fire prompted the CIU administration to craft plans for a new, modern library. Under the leadership of CIU President Dr. Bill Jones and Senior Vice President Keith Marion, the library was renovated as a place for collaborative learning – where students interact, learn and grow together. The front entrance was redesigned to showcase the familiar relief sculpture of the open Bible, continuing to emphasize CIU’s commitment to the Authority of Scripture. New technology, more space and a sophisticated fire alarm and sprinkler system are a part of the library that stands today. To God be the glory! 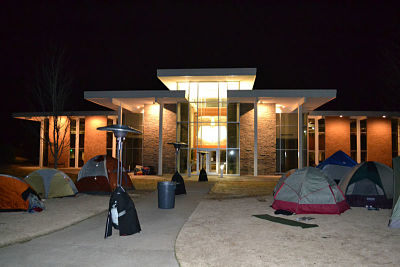 To celebrate the opening of the newly remodeled library, CIU students gathered together for “Occupy Fleece.” Students camped out overnight in tents in the quad area outside of the library and worked up to a celebration featuring music and an outdoor breakfast. At 7:30 am the library officially opened with the blowing of a shofar, a ram’s horn used in ancient times to signal a celebration. 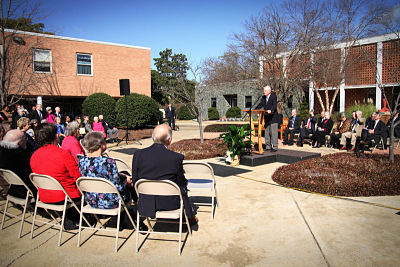 The newly renovated G. Allen Fleece Library was dedicated on January 24, 2012. The dedication ceremony followed a chapel message by CIU alumnus Dr. David Calhoun, the son-in-law of G. Allen Fleece. David Fleece and Anne Fleece, children of G. Allen Fleece were also in attendance at the dedication. Over $1.3 million went into improving the library and included glass-enclosed rooms that encourage collaborative study, the latest high-tech connectivity, new furniture, a copier alcove, and a coffee nook.